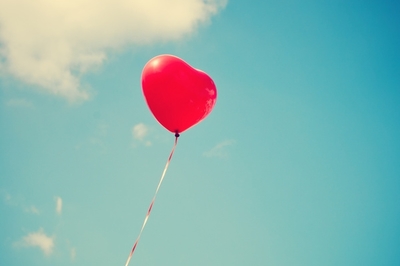 We'd like to recommend a blog from a friend and a blossomviller, because she articulated eloquently the experiences and growth many of us have experienced.

“This can’t be happening”

“This happens to other people”

These were just some of the thoughts that went through my mind in the weeks after my one-year olds diagnosis with Bartters Syndrome; an extremely rare genetic illness that impacts the kidneys and causes many symptoms of delay, physical illness and “failure to thrive” in the sufferer.

My experience of those first few weeks is a little blurred. I remember my husband reporting back to me that the doctors had been impressed by my composure when receiving the news. I think they expected me to fall apart in front of them. Instead, I was calm. I asked questions, skirting around the one I feared the most. Would she have cognitive impairment? At last, I asked it. There was a pause. The doctor answered that he didn’t know. That the condition is so rare and so little understood that they don’t know why some people remain cognitively unaffected and others are profoundly disabled.

On that day, it became clear to me that I had always been a little uncomfortable with people with disabilities, and was afraid of having a child with a disability, especially a cognitive one. I felt deeply ashamed by this fact. I also felt the beginnings of a very painful process of separating my ego from my child. By this I mean that I have had to let go of all of my expectations of who my child is, what she will become, and set her free to be all that she can without the pressure of my disappointment in her not meeting the “normal” milestones weighing her down.

I went home, relieved to be back in some sort of normalcy. We begun her drug regime and I begun to react in the way the doctors expected me to. I went in to denial. I was angry; I cried. I didn’t want to see anyone and have to talk about what it all meant. I later learnt that there are stages of grief to learning your child has special needs. I pretty much went through it all. And I don’t think that it is complete. After a bad day, I revert back to anger or denial, but what has happened is that I have began to see her illness as a gift, and this has helped me accept the situation we now live with.

Now, those of you who known me long enough will know that in times past, I would have laughed in the face of whoever would have suggested such a thing. I would have said that it was a coping strategy, that it was a tired old cliché that helps you get through the day. That if it helped, then fine, but that there is no meaning in suffering.

Life though is a good teacher, children even more so. Rudolf Steiner, an Austrian Philosopher said something along the lines that individuals with special needs have chosen to come to us as an act of self-sacrifice to teach us the meaning of true love. Now whether you have a spiritual view of it or not, I really belive that this quote has something to teach us. I have heard many parents of special needs children talk about how loving their child is, what amazing gifts their child has. My very short experience of living with a child with special needs is proving this to be true, and in my case, I think it has something to do with the letting go of my expectations.

In letting go of all my desires and expectations for my daughter, I have allowed her to show me who she truly is. It is no longer about me. It doesn’t mean that I don’t believe that she is capable of a great many wonderful things; in fact, I know she is. It is just that I have released her from my version of what those things are. In doing so, she has shown me what I believe is a pure form of love; completely unconditional. I used to think that a mother’s love was always unconditional, and I think that this is true to a certain extent. But for me at least, I have found that there was a small part of my love that was conditional, the part of my love that was attached to my ego. In letting this go, I have been able to not only love my one-year old in this way, but she has shown me how to do the same for my three-year old, and in some way to everyone else in my life. She has taught me to still expect great things from others, but not to hold it against them if they fail, instead to keep with them, helping when you need to and letting them fall when that is the appropriate action. I am not saying I have all the answers, and goodness knows that the road is hard, but I am grateful for my daughter and her many, many gifts to me. I have come to a place of feeling grateful for who she is; “warts and all,” and not wishing that she was a different human being. May it always be that way!

This blog was origninally posted on Tea, Tantrums, and Me.