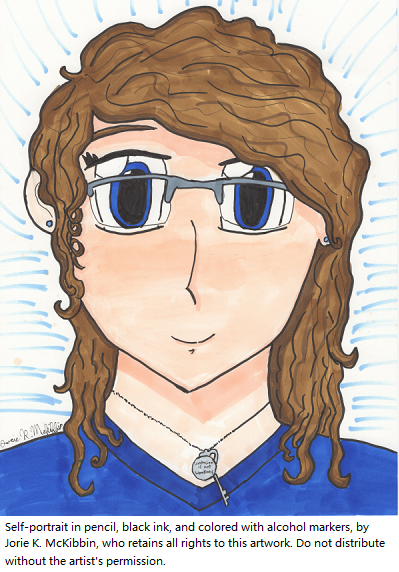 And the Challenges and Advantages It Afforded Me

Today, I have the rather unenviable task of talking about myself. I’m not very good at it. I tend to think my life is pretty boring, and don’t know why anyone would want to hear about it. But the fact of the matter is, everyone’s stories are interesting, and furthermore, I am, as a verbal autistic writer, in a position to give a perspective that many allistic (non-autistic) people are not used to dealing with, and to aid my fellow autistic people in self understanding. To help their family and friends, and really anyone who wants to know how to treat us well and respect us, understand us just a little better.

Of course, I must give a very important caveat before I continue, and that is that just like entirety of the human population, autistic people are very diverse, and my experience may or may not be terribly similar to others on the spectrum. There tend to be common threads, but like anyone else, we are all individuals, and moreover, being on the autism spectrum can affect each of us in differing ways. As such, please take my brief exploration of my own childhood through the lens of an autistic person for what it is: one story among many. I cannot tell you exactly what details are a result of me being autistic, and which ones were just my personality, because the variant “wiring,” if you will, of my brain is an intrinsic part of my self-identity, and I can’t really separate it from everything else that makes me “me,” in any meaningful way. So please, try to set your preconceptions, internalized stereotypes, etc aside as much as you can, at least for as long as it takes to read this one article.

So with that out of the way, let’s see…where to begin. Well, it’s common for autistic children to develop speech skills, walking ability/etc, either much sooner or much later than average, or, in the case of nonverbal autistic people, never at all. For my part, I was rapidly able to walk, and to articulate full, complete, grammatically correct sentences when I was knee-high, considerably faster than my peers. At the same time, though, I sometimes had difficulty getting along with other young children my age, as it felt in many ways like they were speaking an entirely different language. Everyone else had a way of communicating that I struggled to grasp. I could speak much more articulately than the other children, but there was a nuance I simply did not grasp. I honestly don’t know how else to describe it.

As time passed, once I wasn’t a small child anymore, I was made very aware that my need to stim (self-stimulate; see my previous article on stimming), typically by flapping my hands and arms, was considered odd and strange. I learned that if I tried to hide this behavior, it made people stop looking at me so funny. This made things much more difficult, though, as I had no release for the nervous energy that seemed to coalesce in my body regularly and require an outlet. I gradually found more subtle ways to stim that didn’t draw as much attention to myself, but it was never enough, and I was so much more on edge constantly than I am now that I’ve embraced my stims and shed the useless burden of caring what other people think when they see me stim. It never served me very well.

At the same time, my rapid grasp of language skills and reasoning led me to excel in school without even trying. I had a propensity to absorb information like a sponge, come to an understanding about the subject matter far earlier than my peers, and then politely ask for more. I read at a college level in third grade, and was considerably more advanced than my peers in mathematics and the sciences as well.

Of course, I was something of an outcast. A social pariah. I gathered a small but devoted group of friends over the years, but it was always the other outcasts. The nerds, the dorks, the geeks, the weirdos, the ones the other kids in school gave dirty looks, picked on, or just ignored altogether. This suited me quite well, and became the basis for several very close lifelong friendships.

This would set the general pattern for my life from middle childhood onward. I was very fortunate to have the help of a loving mother who helped me develop the skills I needed to survive in an allistic world that was foreign to me and not terribly accommodating to my existence. At the same time I didn’t learn that I was autistic until my twenties, and I sincerely wish I had known sooner, because the single most helpful thing for making peace with my autism was understanding it. Radical as it may sounds, in many ways, it wasn’t until I learned more about my autism — and in so doing, learned more about myself — and until I accepted and embraced it as part of me, that I truly began living.

Regardless, being on the autism spectrum came with many gifts, and it also came with what sometimes seemed to be a staggering amount of hindrances. But in the end, it is simply one of many things that make me the person I am, and I wouldn’t trade it for the world.