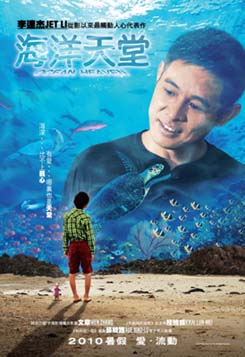 It was announced that it was to be released in spring 2010, but the release date was pushed back to 24 June 2010, which opened the 2010 Shanghai International Film Festival on 2 June. Jet Li wants this film to get a good message across and promote the works with autism as well as the works of his charity ‘The One Foundation’.

Xue Xiaolu, a teacher at the Beijing Film Academy, wrote and directed the 7 million yuan (US$1 million) movie. The first-time director has been a volunteer for 14 years with Beijing Stars and Rain, a non-governmental educational organization for children with autism. The story was mostly based on her personal real life and experience. She said, "With the addition of actors like Gwei Lun-Mei and Wen Zhang, I am even more confident in the film production."

At first nobody was willing to take a risk on such a non-commercial script until film mogul Bill Kong, the man behind Hero (Yingxiong) and Crouching Tiger, Hidden Dragon (Wohu Canglong) stepped in. It saw the inclusion of award winning cinematographer Christopher Doyle (Hero, 2046, In the Mood for Love), composer Joe Hisaishi (Spirited Away, Departures, Hana-bi) and production designer Yee Chung-Man (Anna Magdalena, Curse of the Golden Flower).