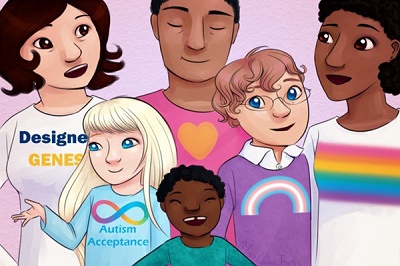 Now, I grant you, what if scenarios are sometimes dangerous, and serve to make one wallow in the past, which cannot be changed, rather than look to the future, which can. But they can also be a useful tool for introspection, and/or a way to uncover useful information for parents who are trying to figure out how to care for their special needs child right now, like mine were doing in my own childhood. My insights are most likely to prove useful for children on the autism spectrum, as I am, but some of the broad concepts here can apply to many situations. So let’s go through my answers to the hypothetical questions in the previous paragraph. If you’ll indulge me for a moment, mayhap it will prove informative.

This one would be for my parents. My mother did a very good job of instilling the skills I’d need to compensate for interpersonal awkwardness that can come with being on the spectrum, and she taught me how to blend in with the other kids without having a big metaphorical target painted on my back for bullies to spot, but the one thing I really wish she would have done that she didn’t, is to have just told me — once I was old enough to understand — what the autism spectrum was, and that I was on it. If she’d done that, I wouldn’t have had to be so self-conscious about my need to stim, and wonder what I was even doing and worrying that something was wrong with me. Parents, do your kids a favor, and if there’s anything about their health or the way their brain is wired that differs from broad norms, tell them about it, as soon as they’re mature enough to understand. You’ll be doing both them and yourself a big favor.

“…I have it on good authority you turn out pretty alright. There’ll be lots of obstacles, you’ll get bumped and bruised a little, but that’s okay. Messing up is how we learn; don’t be afraid of it. In spite of everything that gets you down, you’ll keep going, and you’ll learn to compensate for the drawbacks of autism and play to its strengths; to your strengths,” is what I’d say to my younger self.

The point I want to close on here is to try not to worry about it too much. Make preparations, instill relevant skills, be ready to catch each other when you fall (that goes for parents and children alike; like a good teacher learns just as much from their students as the other way around, so too should parents learn from their kids). But when it comes down to it, try not to worry too much; that can be just as counterproductive as making no effort at all.

So long as you listen and keep a dialog open, you should do just fine.