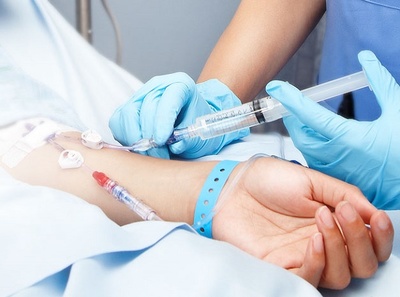 Chelation therapy is a medical procedure that involves the administration of chelating agents to remove heavy metals from the body. Chelation therapy has a long history of use in clinical toxicology and remains in use for some very specific medical treatments, although it is administered under very careful medical supervision due to various inherent risks.

Chelation therapy must be administered with care as it has a number of possible side effects, including death. In response to increasing use of chelation therapy as alternative medicine and in circumstances in which the therapy should not be used in conventional medicine, various health organizations have confirmed that medical evidence does not support the effectiveness of chelation therapy for any purpose other than the treatment of heavy metal poisoning. Over-the-counter chelation products are not approved for sale in the United States.

Chelation therapy is used as a treatment for metal poisoning, including acute mercury, iron (including in cases ofthalassemia), arsenic, lead, uranium, plutonium and other forms of toxic metal poisoning. The chelating agent may be administered intravenously, intramuscularly, or orally, depending on the agent and the type of poisoning.

Review This Therapy/Service Add a Professional