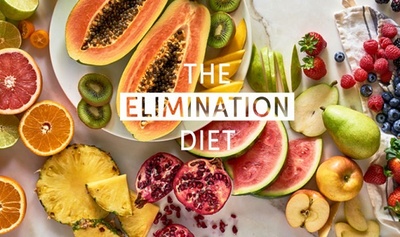 An elimination diet is a method of identifying foods that an individual cannot consume without adverse effects. Adverse effects may be due to food allergy, food intolerance, other physiological mechanisms (such as metabolic or toxins), or a combination of these. Elimination diets typically involve entirely removing a suspected food from the diet for a period of time from two weeks to two months, and waiting to determine whether symptoms resolve during that time period. In rare cases, a health professional may wish to use an oligoantigenic diet to relieve a patient of symptoms they are experiencing.

An elimination diet relies on trial and error to identify specific allergies and intolerances. Typically, if symptoms resolve after the removal of a food from the diet, then the food is reintroduced to see whether the symptoms reappear. This challenge-dechallenge-rechallenge approach is particularly useful in cases with intermittent or vague symptoms.

The terms exclusion diet and elimination diet are often used interchangeably in the literature, and there is no standardised terminology. The exclusion diet can be a diagnostic tool or method used temporarily to determine whether a patient’s symptoms are food-related. The term elimination diet is also used to describe a "treatment diet", which eliminates certain foods for a patient.